This particular project hits all the aspects of UX; discovery, testing, ideation, concept, wireframes, prototypes, heuristic evaluation, usability and delivery. For the Children’s Museum of Indianapolis I had to pull out all the stops and start at the beginning. The main ask from the National Geographic was to educate children about the Terra Cotta Warriors and how they were originally brightly colored, not the dull tan that we see today. Most of the painted pigmentation has worn off but archeologists and scientists can still recreate the original look based on scans of the fragments to discover various chemical elements used in the colors.

I had created an interactive game for the museum earlier that year using RFID chips implanted in stuffed animals. This was for the Nickelodeon studios “Dora and Diego” exhibit, and was a huge hit with the visitors. I thought that it would be wonderful to implant coded RFID chips in pieces (shards) of the various warriors. The visitors could scan a shard and then the kiosk would hand them back information about which warrior was associated to that particular fragment and what pigments were present. The visitors could then use an interface to “paint” the selected warrior and send themselves a copy.

kevin-clip from Rocket Interactive on Vimeo.

My task was to not only deliver this information, but to do so in an entertaining manner that all age groups could participate in. I also ended up using pretty much every software package and media skill at my proposal. I used: Photoshop, Illustrator, Sketch, Balsamiq, After Effects, 3ds Max, Audition, good old programming and lots of research!

It starts with wireframes, storyboards,  and process flow. I developed several versions while collaborating with the educational staff at the museum to ensure the proper outcomes. These are then walked through with stakeholders for feedback. 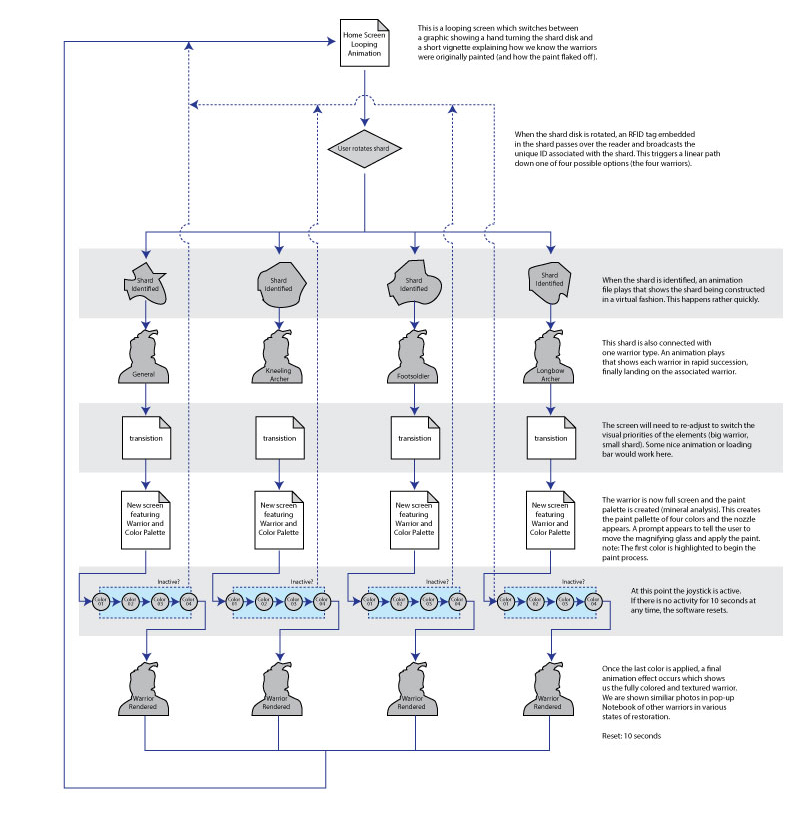 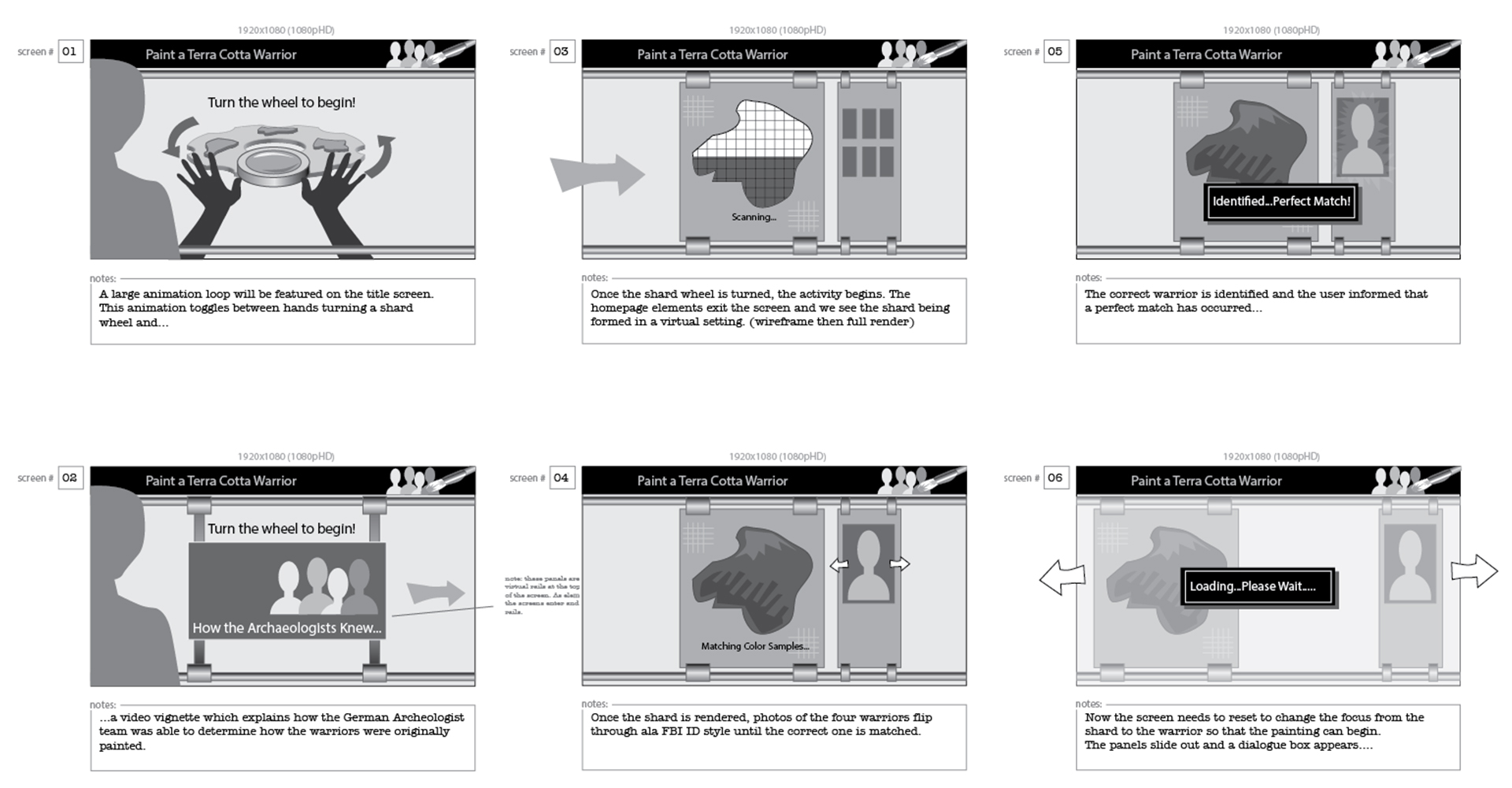 I also had to create the opening intro, which would walk the user through the discovery of the painted figures and how scientists were able to determine which color was present on each soldier.  I decided to animate a simple notebook to show  viewers how the figures were painted and instruct them on how to use the activity kiosk. 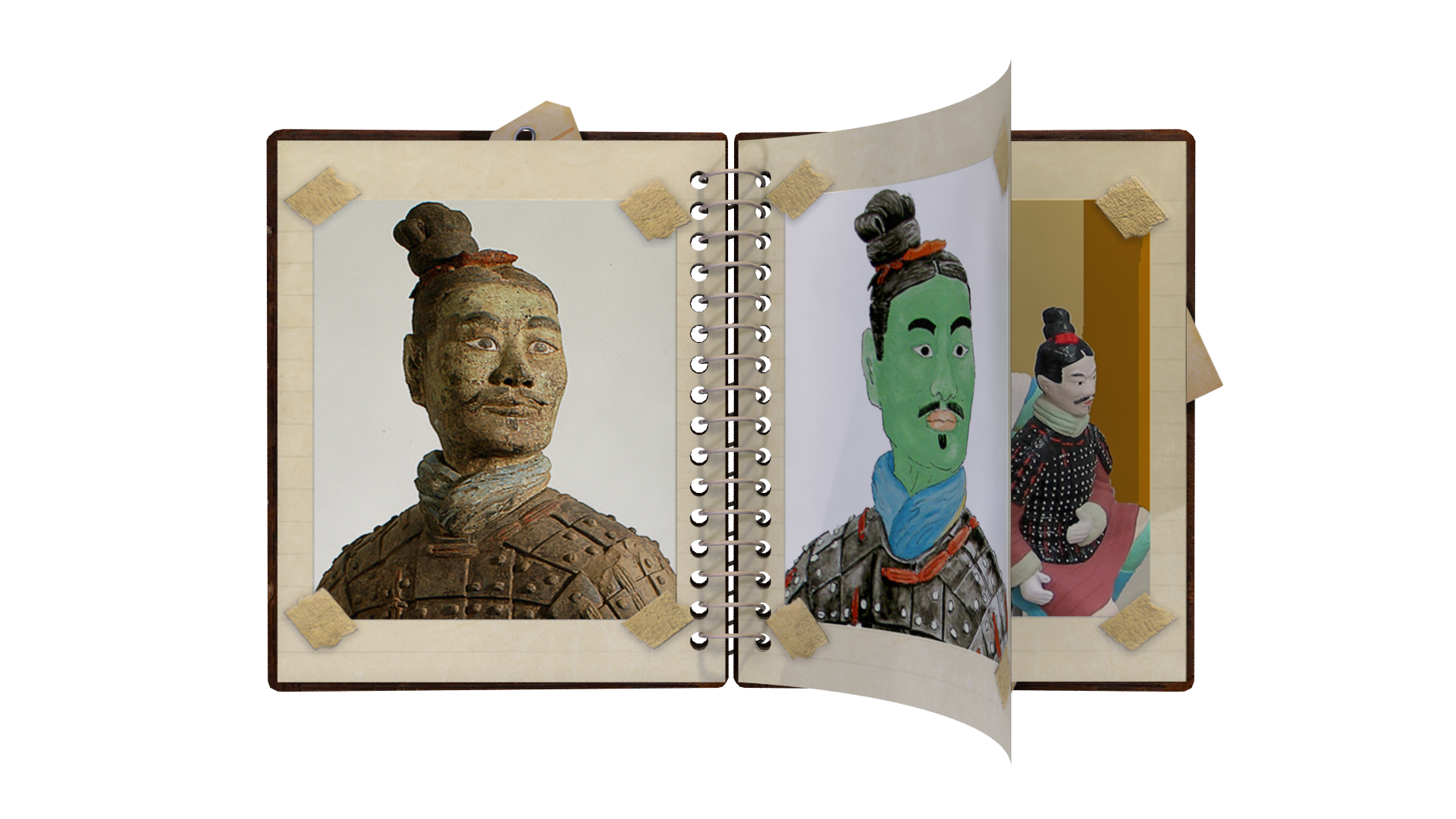 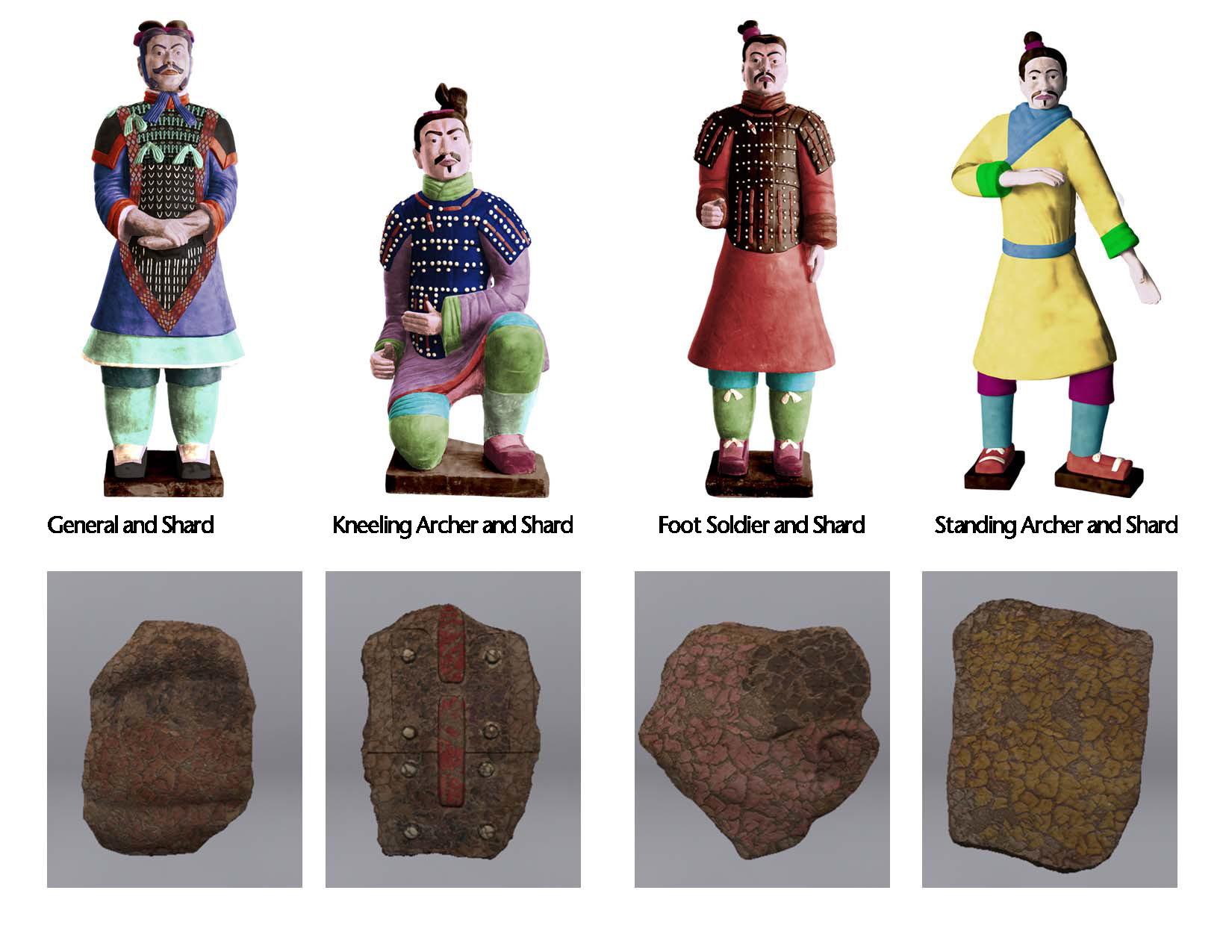 The Various Painted Warriors along with matching fragment 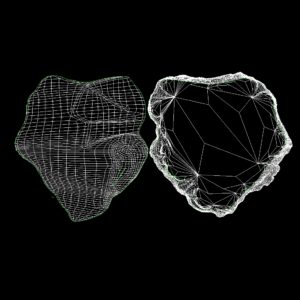 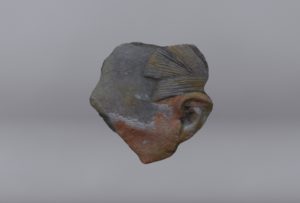 3D model of a shard fragment along with final render 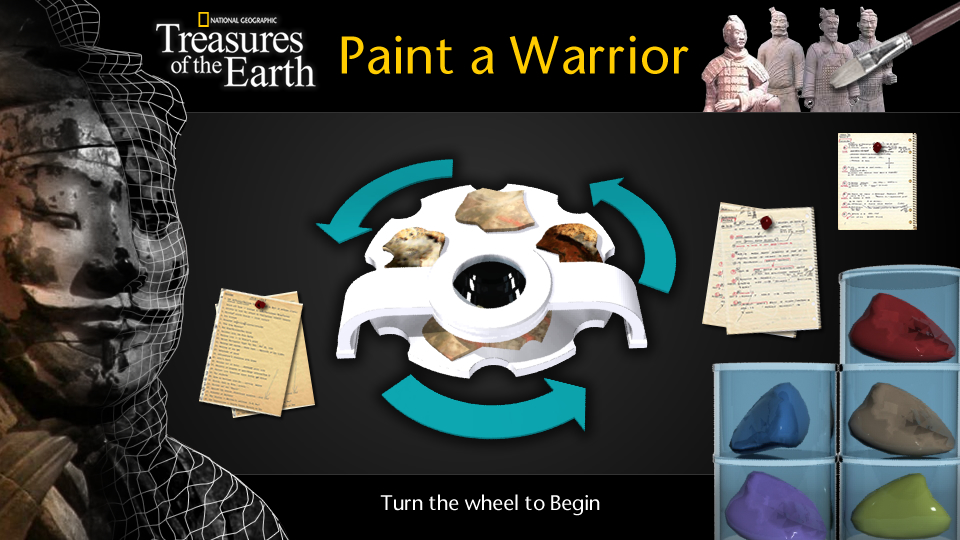 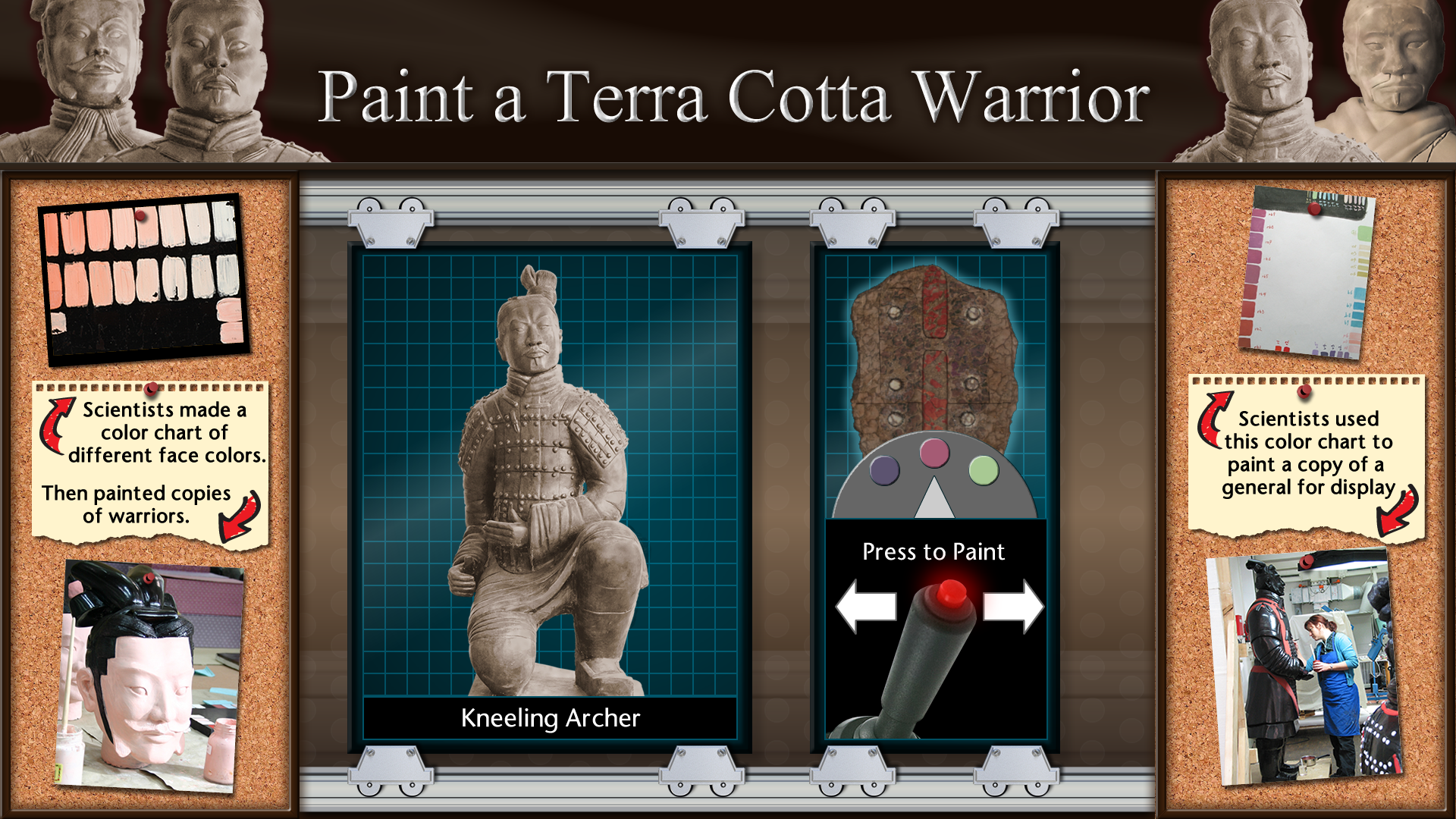 One of the final screens 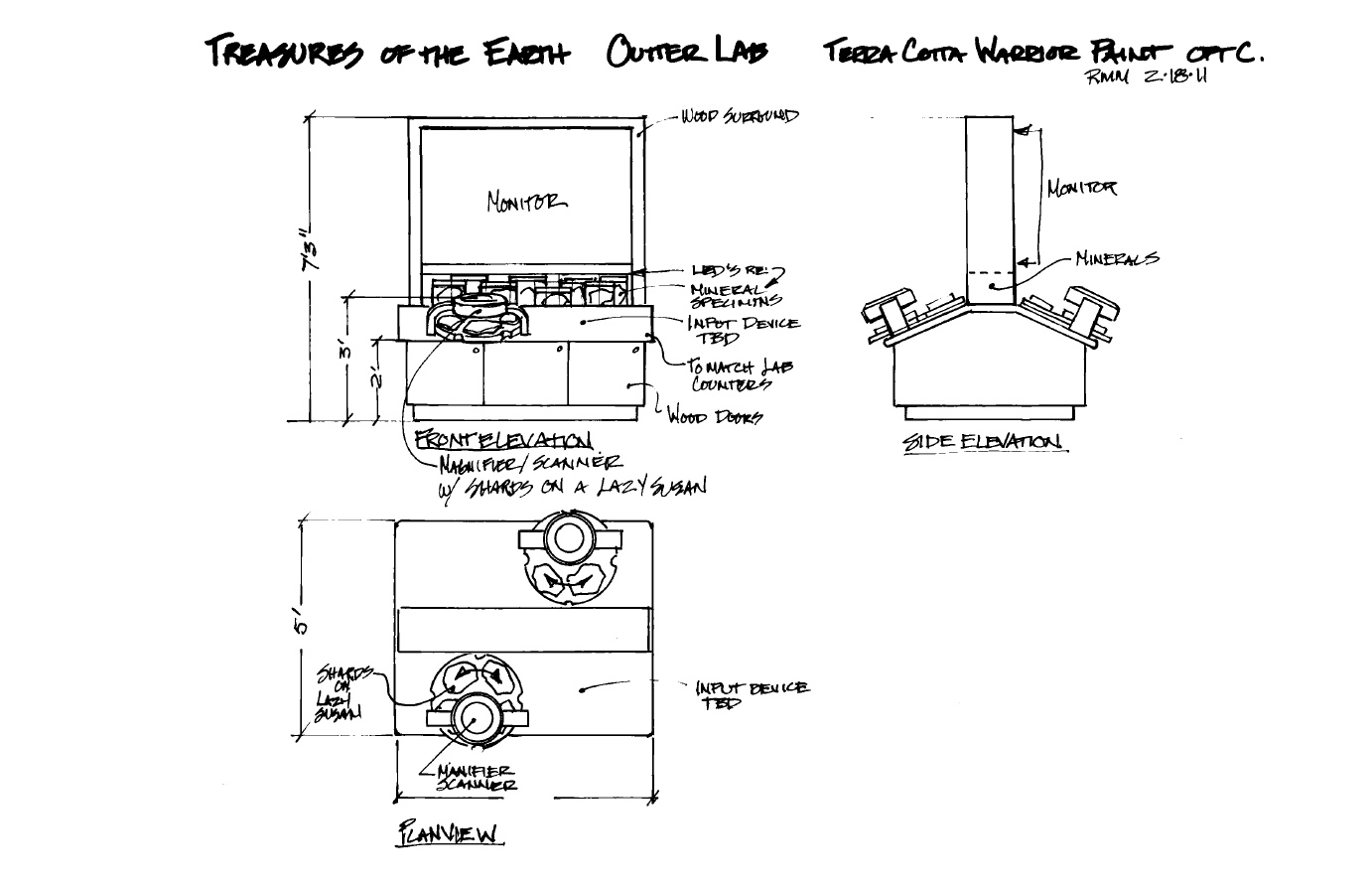 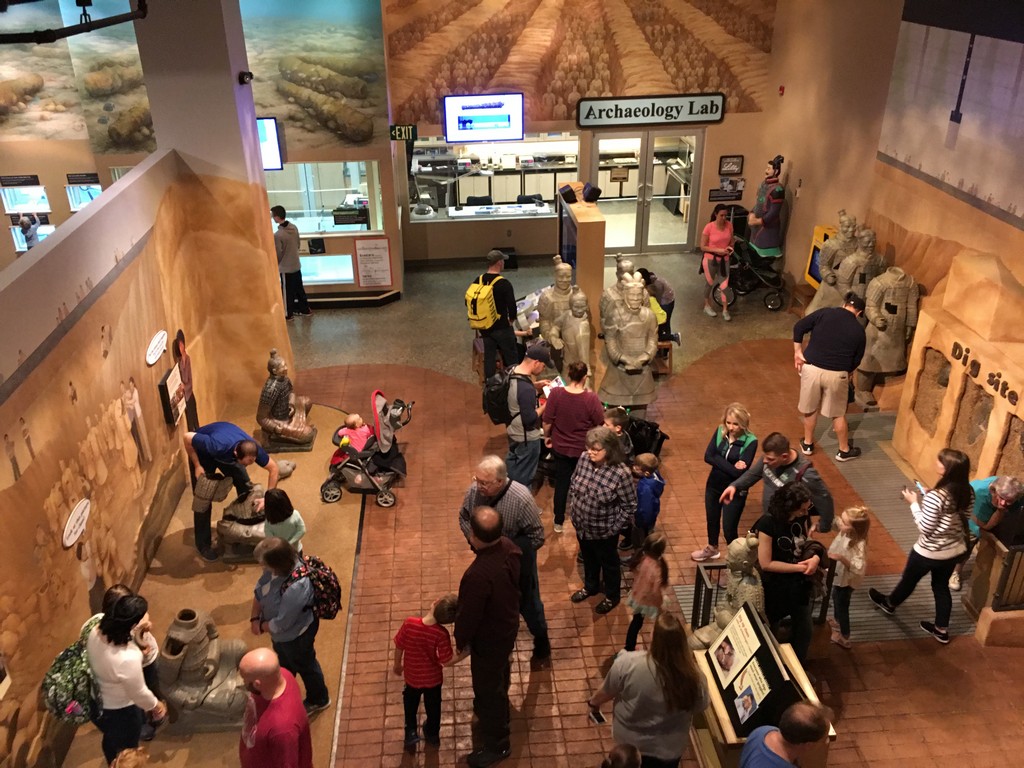 The activity within the exhibit